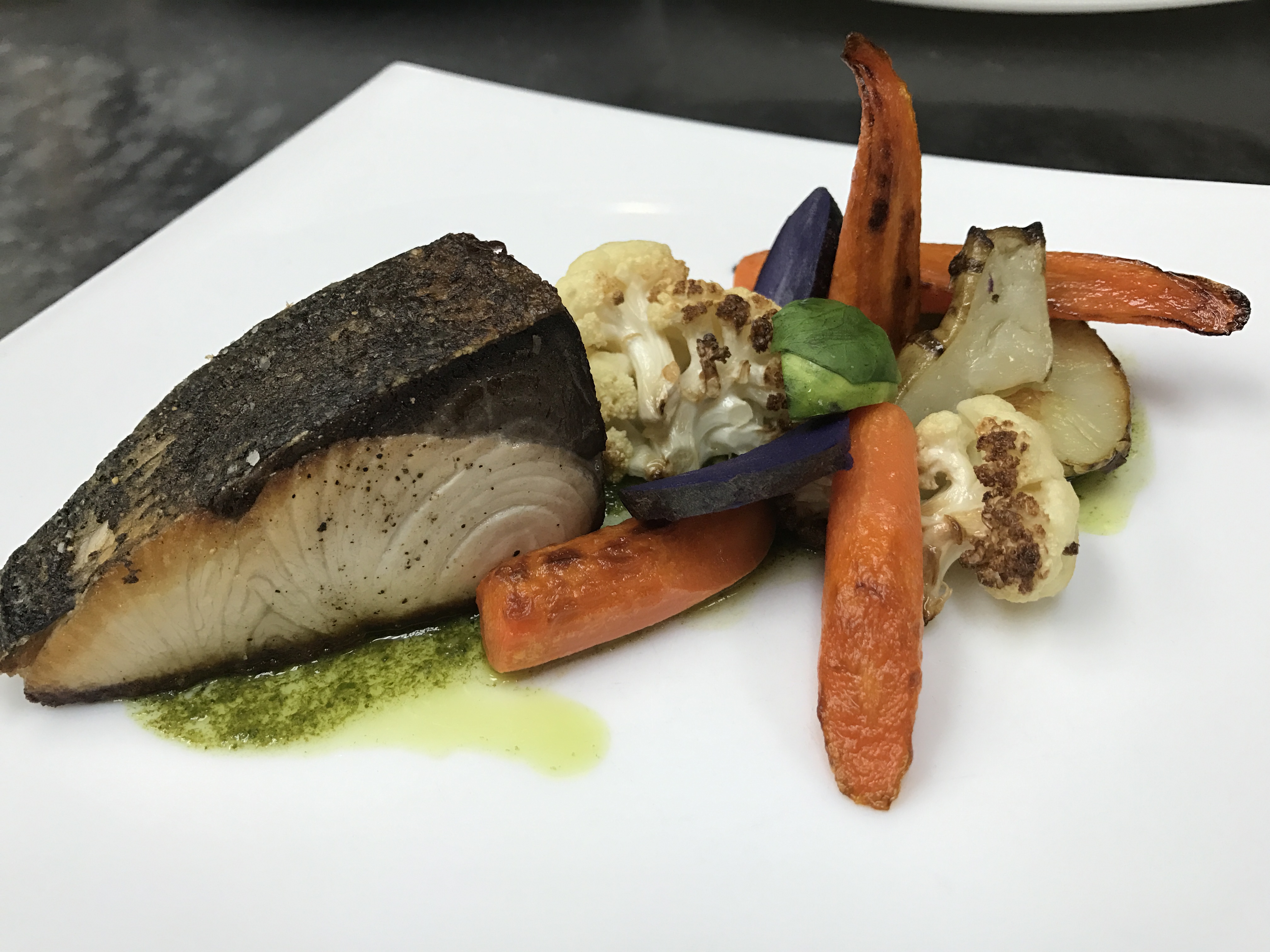 About the fish called “Japanese Buri or Japanese Amberjack”

A fish called the “Japanese Buri or Japanese Amberjack” is the fish which is the endemic species in North Pacific, mainly living around Japan and it is considered to symbolize Japan. Dr. Harada of Fisheries Lab.
of Kinki University has brought about fish preserve culture technology (farming fishes with cage nets) in fish culture and now, it is the mainstream of aquaculture. The “Japanese Buri” was the fish class which Dr. Harada cultured with new technology at that time. It is a base point of the world culture business and, so to speak, one of the culture businesses that grew up the most by accumulating country’s unique and original technique of the aquaculture. In addition, it is the fish cultured being realized only in Japan from the point of view of seeding technology and of the habitant area. And the “Japanese Buri” is the fish class loved most in our country and the fish class of the “Yellowtails” including “Japanese Buri” occupies approximately 70% of total quantity of the fish culture production in Japan.
A “Japanese Buri” is the fish called by different names at different stages of its growth such as “Mojyako(Yellowtail Larva), Tsubasu (Young Japanese Amberjack), Hamachi(Yellowtail), Mejiro and Buri(Japanese Amberjack) and is, also, the fish so adapted into Japanese culture.
Also, a “Japanese Buri” is one of large sized fish classes and has large edible parts. Even cultured, nowadays, it weighs 5 Kg to 7Kg and the wild “Japanese Buri” becomes possibly more than 10 Kg. From the past, it is one of a representative high quality fishes in Kansai area in particular, and it’s unique fleshiness meat having whipcord muscle with smooth fat entered elsewhere is regarded as a synonym for delicious fishes by having delicious food texture such as the marbled beef meat and having strong delicious taste “Umami”.
The particularly aqua cultured technological change in this decade, is remarkably and, so, in even 100 yen Sushi shops, we are able to eat a very delicious “Japanese Buri” and an average price of the aqua cultured reaches the situation that is higher than those in wild. The Japanese Buri” is the fish which is cooked not only for typical Sushi and Sashimi but also widely well for baking and boiling.
The fact that the Japanese Buri” is used widely in Japan means that it also can be used in all cooks worldwide. 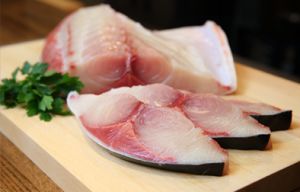 SHOKU EN buri is defined by five main attributes:
1 Excellent freshness with a low fish odor because of its well-balanced fat-to-meat ratio and firm texture
2 Our unique and proprietary feed formula ensures that SHOKU EN Buri is not only more nutritious than competing products, but its ecologically sustainable
3 3D freezing process captures the taste and quality of the prime-season for buri, all year around
4 The processing is controlled by HACCP
5 Rich in nutrition including unsaturated fat and DHA, but lower level of Histamine than the world residue standards

These characteristics are the result of the Takumi artisan technique, which uses a low level of fishmeal for the feed. This process helps control oxidization and maintain a high level of freshness to create a “prime grade” fish product that is an excellent source of nutrients and energy.
For exports of fine buri from Japan, we strongly believe the strength listed above well enough qualify Shoku En’s buri as incomparable quality product. Therefore, we claim our buri product as “the Buri from Japan,” the indication of strong commitment and pride to the product and export business. 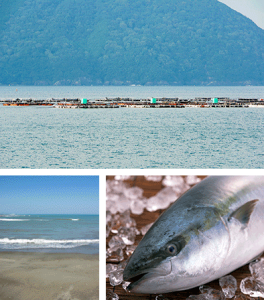 Rich in Unsaturated Fat and other health promoting acids

As there is no public nutritional data specific to Buri in the US, we compared the public data available in Japan (The Seventh Revised Nutritional Data compiled by the Ministry of Education and Science of the Japanese government) and Shoku En’s.

We find the data from Shoku En indicate higher level of unsaturated fat. Unsaturated fat is regarded as good for our health by reducing the risk of Blood Clot because of inhibiting accumulation of Neutral Fat and LDL Cholesterol.

For other nutritional factors, the Buri maintains wholesome and well-balanced data.

K-value – The Index of Freshness

The color of fish meat is considered the key factor for judging it’s freshness. It is important to know that the appearance of fish can be misleading and freshness can be affected by various factors. SHOKU EN approaches the question of freshness scientifically.

K-value is a tool unique to the Japanese perishable food industry for measuring the freshness of meat. The lower the K-value, the fresher the product. When comparing a third-party’s analysis of SHOKU EN’s non-carbon monoxide (non-CO) treated product and a competitor’s CO-treated product, SHOKU EN’s product maintains lower K-values over the life of the product. Applying CO damages the texture and the grain of meat.
This analysis clearly shows that not only are SHOKU EN buri fresher than products where CO is applied, but they are safer and higher in quality. 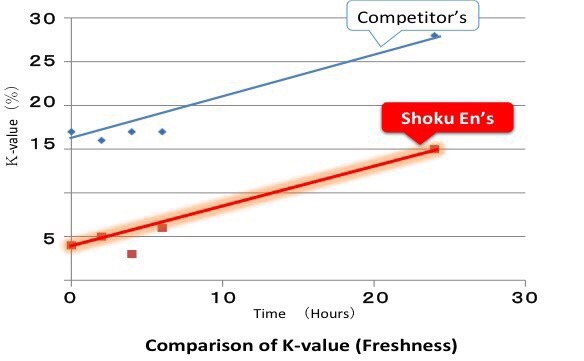 *Samples are frozen immediately after processing and thawed after three months.
*The change in K-value is measured over the period specified
*Results reported on April 22, 2016, by Japan Food Research Laboratories

Cloud System for Consistency and Trust

SHOKU EN differs from its competitors by using a unique blend of feed. We use one-third less fish meal and supplement with plant-based feed and chicken meat meal (not feather meal), as well as green tea powder. The result is reduced fish odor,  sustained freshness, improved color of the meat and outstanding flavor. In addition to these benefits, SHOKU EN developed its feed to be ecological sustainable.